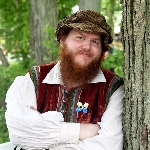 I'm on a mission to save kids and I need your help. My local Children's Miracle Network Hospital treats thousands of children each year, regardless of their family's ability to pay. These kids are facing scary stuff like cancer, cystic fibrosis, and injuries from accidents to name just a few.

I will be streaming all 24 hours of my gaming marathon on my Twitch channel, which you can find at https://twitch.tv/victimofdesire

This year, I will be doing something a little different from the previous years. I have a very large backlog of video games, and my goal for this year's marathon is to get as much Xbox Gamerscore as possible using games from my backlog during the 24 hour marathon. Below is a list of games that will potentially be played during the 24 hour marathon:

I will be offering incentives for the first time during this year's Extra Life marathon! If you donate $50, you will have the option to pick a game from the list above guaranteed to be played during the marathon! When making your incentive donation, be sure to include the name of the game you're choosing in the message. If the incentive donation is made during the 24 hour stream, your game selection will be played after finishing the game currently being played on the stream. If the incentive donation is made prior to the start of the 24 hour stream, your game selection will start the marathon in the order of when the incentives were purchased.

Your donation is tax-deductible and ALL PROCEEDS go to help kids.

I need your help to reach my goal For The Kids.  Please make a safe, easy donation online today.  Click the "Donate" button on this page to get started.

I hope you all can join me on my stream at least for a little bit during my 24 hour marathon! And if you don't have the money to donate, please share my fundraising page and spread the word for me! Your support really means a lot to me!