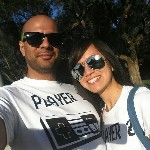 I've pledged to play games and raise funds for kids at SickKids: The Hospital for Sick Children.

For Who: SickKids - The Hospital for Sick Children
What: A charity video game marathon!
Where: Twitch.tv/AlfaTrion
When: 2 x 12-hr streams, November-ish
Why: Good karma, helping others, making our world better, why NOT??
How: I am putting my video games to use in hopes for your donations and support!

Hi! My name is Farhan and in the last six years, I've held annual charity events to raise funds for the SickKids Foundation. To achieve this goal, my team of great friends and I participated in a video gaming marathon, called Extra Life, which was created specifically to help children's hospitals local to participants. I'm humbled and proud to say since 2016 we've raised over $33,200 for SickKids Foundation!

I'm doing Extra Life again this year because not only do we have a ton of fun, but I know we can continue to help out a lot of sick children, and their families, who are in need... Especially after the COVID-19 pandemic. 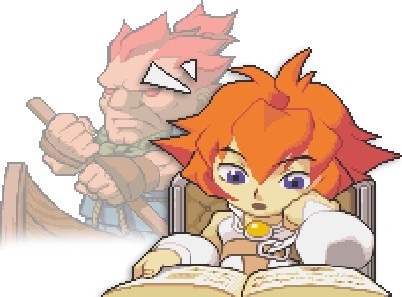 On my 36th birthday in 2015, I was hospitalized when nearly the entire right side of my body gradually went numb. It was like that side of my body just went to sleep, with a pins and needles sensation. After lots of testing and a few treatments of strong steroids, most of the feeling came back. The diagnosis was a neurological disorder known as transverse myelitis, but the neurologists warned if my symptoms occur again, the new diagnosis would most likely be MS, multiple sclerosis.

A year and a half later, my worst fear was confirmed. This time it was the left side of my body having too much sensation. After another trip to the MRI scanner, the MS specialists had the proof they needed to come to the conclusion that I suffer from relapsing-remitting multiple sclerosis (RRMS) and presented me with treatment options. I must now inject myself with an absurdly expensive drug, daily. I can only hope that my body continues to accept this treatment. My right arm and hand (my dominant side) are still very weak and have that pins and needles feeling to this day.

Even though I have this debilitating disease that can potentially get worse, I still consider myself lucky. There are thousands of sick children who need life-saving care from specialized doctors, expensive medical equipment, and a massive amount of clinical research. Please help me help these kids and donate today!

If you know me, you probably know that video games are a huge part of my life and they have been since I was a child. From Sega to Nintendo, Sony to Microsoft, and the others in-between... there are hundreds of unique experiences, stories, music and scores, and visuals to be enjoyed.

Since 1987 (over three decades!), I have been collecting home console systems, video, computer, and portable games, and have amassed somewhere around 2,000. Ports of arcade classics, platformers, role playing games (RPGs), puzzle games, rhythm games, strategy, adventure... almost any genre out there, I probably have it! So what better way is there to put them to use other than supporting a charity like my hometown's children's hospital, SickKids?

Check out the Incentives section below to see the details on how you can request which games we play with your donation. There are only 48 game slots available so request one sooner than later!

Children's Miracle Network Hospitals is a non-profit organization that raises funds and awareness for 170 member hospitals that provide 32 million treatments each year to kids across North America. The local CMN hospital I have chosen is SickKids - The Hospital For Sick Children.

SickKids Foundation raises funds on behalf of SickKids - The Hospital for Sick Children. Their fundraising is driven by the belief that improving the health and well-being of children is one of the most powerful ways to improve society.

If you live in Toronto, chances are that you or at least one of your family members, friends, or coworkers is someone who has been saved or helped by SickKids in some way.

Your donation is tax-deductible (if over $20 USD) and ALL PROCEEDS go to help kids.

For more information about Extra Life, CMNH or the SickKids Foundation, please visit their respective websites. 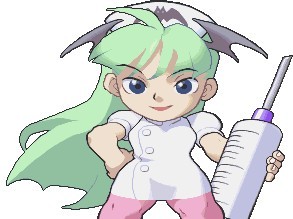 Pick What we play

In past events, my generous supporters would donate a certain amount in order to pick what games we play during the charity stream! We are doing the same thing this year. Here are the details:

Scroll to the bottom to see my lists of games available for request!

Incentives During the Marathon

As always, you can watch us, live, on Twitch.tv on game day. As a bonus, for your entertainment, we have some incentives* for you to donate to our campaign during the marathon. Some of these include (but not limited to):

*One incentive per donation

The fun part! Here is a huge list of games we can (most probably) stream during the event. Please note that not all games listed here will be playable during game day due to availability or the nature of the game itself.

If you prefer using a search function, feel free to use my Steam list for PC titles, or my Backloggery page for everything else. Just make sure you stick to the platforms listed below, please!

The lists of games below are the ones that I am most likely able to stream with my setup. Most of these links are to my Backloggery but some are to my profiles on various platforms.

Join us again this year via live stream to raise money for the SickKids Foundation!